Basically, in youth baseball, a major key to winning games is the batters’ ability to hit the ball. It’s important that the pitcher can hit the strike zone. And of course, throwing and catching to make plays are important fundamentals. But if you watch most youth baseball games, at the younger age range in particular, you’ll see that being able to actually hit the ball is often what makes the difference for winning the game.

Batting at the Youth Level

Quite a few of the youth coaches are volunteers and they really don’t know how to teach batting. It’s a shame, too, because it’s harder to unlearn bad habits than it is to learn correctly the first time. 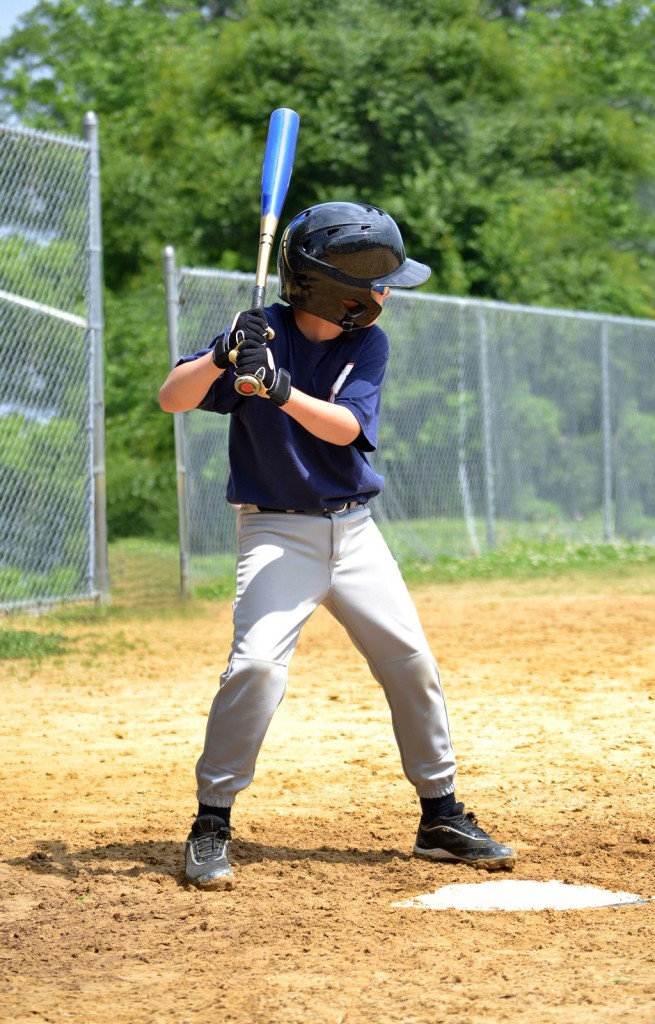 The Essentials of Batting

The proper position is first holding the knob of the bat in what my friend, Coach Brett Manning, calls a “flashlight position”. You pretend the knob is a flashlight and that you’re shining the light on the face of the catcher. That gives you an idea of where the bat should be pointed. You’ve got it at an upward angle with the lower portion pointing directly at the catcher’s face. That’s more or less like a holding a flashlight, hence the name.

Just like in pitching, where you come forward and kind of explode your hips outward, you do the same thing in batting. You’re more or less pushing off of that back leg and taking a short stride with your hips turning.

Common Batting Mistakes Kids Make and How to Correct Them

In youth baseball, what I see is that batters don’t load until the ball is right on top of them. When that happens, they’re making a backward motion and then quickly making another motion forward. They pretty much lose all of their power with poor timing at that point.

So what I try to teach the kids is to lean back when the pitcher leans back and does the windup. That’s easy for them to remember. I used to say, “When you see the pitcher coming over and releasing the ball, that’s when you load.” But it’s much easier just to say, “When they go back, you go back.”

With that, they get themselves in position and they have their weight transferred to the back. Now when the pitch comes in, they’re ready for it. When they hit it, they can transfer their full weight forward, making good contact that sends the ball sailing.

We talked about the load and transferring your weight to the back leg. But, there are a couple more things in there.

One is to have a nice tight swing. “Tight” doesn’t mean “tense”. It means keeping the bat close to your body.

Let’s go back to that flashlight example. As you’re coming through, you’re pointing the flashlight aka the knob of the bat right back at the pitcher. That’s called keeping your bat tight. And what that does is help you to maintain your power while giving you a little bit more time to position your bat into the path of the oncoming ball.

Another is when you come forward and hit the ball, you follow through. This is where I see most kids lose their power; they hit the ball and they just stop. In other words, they’re not following through.

Other kids are taught at an early age by some coaches, who maybe don’t understand what they’re teaching, to roll their wrists. You do want to roll your wrists at some point, but not until you’ve actually made good contact with the ball and have followed through. The right time to roll the wrists is only after you’ve followed through enough that your bat is pointing right at the pitcher, not before.

Most kids roll their wrists before they get to that point and so they lose much of their power. There are some techniques, though, for teaching these things that I think are really useful.

There are a few more things to batting properly that we didn’t discuss yet. But when the kids do learn to bat properly, and I’ve got a series of drills that help them with that, I notice a transition. They’ll go from hitting weakly into the infield or popping up to putting some real power into their drives to having balls that are hit sharply past the infield and out into the outfield. That comes from putting all those little mechanics together.

When to Swing and When Not to

A lot of kids just like to swing at anything that comes at them. Either that or they don’t swing at all.

One of the things that we try to work on is knowledge of the strike zone. Kids typically don’t really know where the strike zone is. It’s not always their fault because in youth baseball, sometimes the strike zones are widened. This means that pitches that should have been called balls are called strikes. This can be confusing.

However, when you have a kid who’s swinging at anything, there are things you can do to correct them. What I do is ask them not to swing at anything until they have at least one strike on them.

The reason for this is it helps train them to differentiate a strike from a ball, even if that means losing one of their strikes. Sometimes, I will take them into batting practice and throw five or ten pitches at them. Then I instruct them not to swing at all, instead just to tell me if each pitch was a strike or a ball.

That helps them to really figure out what they’re supposed to be swinging at and what they shouldn’t be. Typically, you have to look not just at the mechanics, but also at the behavior of the kids and if they’ve got good judgment.