Another of the aspects of youth baseball that either doesn’t get enough attention or is handled incorrectly is the outfield position. So much emphasis is placed on managing the infield that the outfield can be pretty much ignored.

But you can’t have a solid team if it isn’t as good in the outfield as it is in the infield. It’s a synergy that needs to be perfectly aligned in order to get that coveted win. So a good coach needs to address this part of the ball game effectively and teach his or her kids the basics. 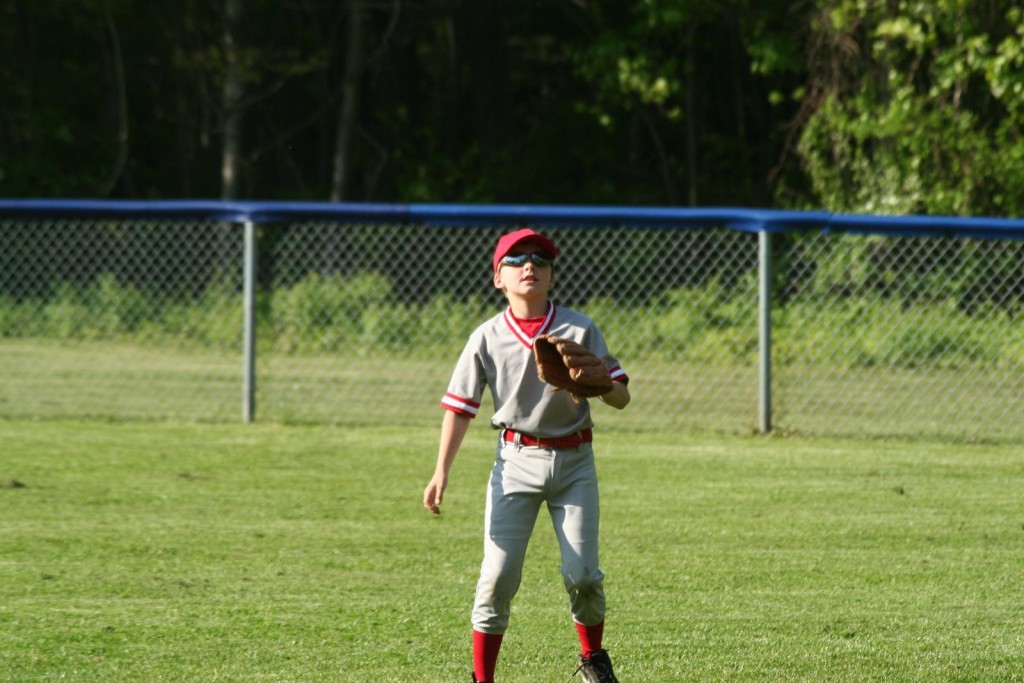 The Importance of the Outfield

Here’s a common scenario I notice pretty much every time I have a practice session at the beginning of the season: A ball is hit to the infield, and all the infielders have something to do. Meanwhile, the outfielders are all just standing there, twiddling their thumbs. Sound familiar?

That is NOT the way it should be in baseball! There’s never a time when a ball is hit that everyone doesn’t have something to do. You really have to teach your outfielders early on that they have a very, very, VERY important role to play.

The same principle applies on third or second. If there’s going to be a play at either of those places, your center fielder or your left fielder should be backing up the appropriate base. If something gets past an infielder, they’re there to cut off the play, stop those base runners from advancing, and stop the runs from scoring.

It’s All About Teamwork

Last year, especially at the beginning of the season, our team’s biggest strength was our defense. At that point, we were the only ones in our league with the outfield backing up our infield plays. And this was a big key to our success, for several of our early wins.

Of course, the outfield is not just about backing up the infield. There are still cutoffs, knowing when to back each other up in the outfield, being able to catch fly balls, and being able to make accurate throws. There are a ton of skills that go into being a great outfielder. But if you just want a simple way to win more ball games and that’s very basic, teaching your players how to backup the infield and how to hit the cutoffs are the first things to teach that will absolutely help you win more games.

Actually, you know what, it’s more than that! It makes everything fun for the kids. One of the biggest complaints I get is, “Oh well, there’s nothing to do.” You know, there’s never, ever, EVER a time when you don’t have something to do!

Lastly, and this bit is as true as it can get: when every kid can be involved in every play, they feel better about themselves, and they feel better as a team. They learn the game faster, because they’re participating fully in it.

Backing up plays is something that is so often overlooked, and it’s so simple. Anyone can do it. Even if you are still struggling with the basics, you can still run in and get yourself in place to try and stop the ball. It can really give young players a sense of success and confidence when they are able to do something important to make a difference for their team.